It's Time for Me

If you are an active player in-game you could've seen my activeness graph falling down...I don't know why but i feel i need to get a life because i just want to join any random server and play because KCNR the best CNR(i can say that without hesitation :D) and also very very addictive for me.It gets more addictive as Kar keeps the server up-to-date with super-cool-features.I have not played a notable role in KCNR in-fact it's only been a year since i joined KCNR(from LVCNR)
People In ma heart-
Krypton-ofc without him i would have missed 50% of kcnr's fun times.He's one of the ppl who has the capacity to hold his temper and stay calm longer.He's interested in helping newbies and i hope he continues it
5even5ins-De Timez Wid Dis nigga was too Gud during the times of Triad Of Yakuza(a notable group which broke away)He Dos CraZyShiT but A nize cop.
$$$Nikola$$$-He's been an awesome friend from the first time i've met him(he later moved from the position of friend to 'Don')Its was soo fun doin group robberies with you(except for the part where a cop comes in and ruins).In short Great person great leader :D
$$$Ivan###-The building block of the small gang LV Mafia with now owns whole of the LS's turf in the name of "Saint's Mob".I believe he was a true Mafia-an who recently got to the Hall Of Fame.(I like him especially because he likes to kick-ass the cops.)
axe_pidy-I used to think he was a pro player until i met him (xD).His signature tells the truth about him.I got to know him in a short time but we developed a good relationship(i meant friendship)
CaRisMa-He was a great cop but who left the server.It was fun while i worked with him.
vitaliy-i dont remember the first meet of me and sluty but i loved it to have him around and good to c him bck on de server.
NoName-another slut who loves to kick-ass cops.Mafia level-Expert.I love to take the shit out of cops with him
Ray-He is truly a talented both as a cop and as a robber
DARKNIGHT007,Tarek_Fouad,Archesten,CryteK,FwP,kane,kent_BoBo,SNIPER_007,Trevor12515,hohoheho-These are my role models in SWAT.
Purnaabh-A talented cop(both in shooting and driving) also a very nice friend for me :D had awesome time working as cop with him
Intentionzz-another notable cop who is also a very gud friend of mine.I love taking shit outta robbers with him xD
kent_bobo-This fella loves smoking joints who is an overall pro
ImanJx-Terrorist rank #1.i dont know what he loves about sniping cops n swats and making us chase him
beastboy432,StrangerBro,nrg700-Ma BFFs who nvr returned(except nrg)
Peussi_-An total cool guy who is another "Mafia-an"

Admins-
Kar-The person who is an excellent scripter because of whom im with you all
Peter-He an strict admin who used scare shit outta me.but i figured out a beautiful face behind it..
Clucky-Some ppl think he speaks rubbish it isnt because he is uneducated you are(Clucky understands this)
SkL-The only person in Server Admins who remained as a civil(old times).Robbing level-Expert.
Threshold-worked with him alot times before he joined the admin team.Hes an awesome who just cant control temper(dont ask why).Had memorable moments with him.
Mathew_George-awesome admin and a pro swat who is fun to have around
Scottish_Monkey-when he comes in fun time starts(except if ur a robber)
Fuet-a respectable player,cool guy 'n pro swat
Lurkingspirit-a remarkable person with whom i worked as a cop twice(ill remeber that fr years)
Yezpahr- a cool guy who loves to spawn a sofa at blueberry and ban ppl...he doesnt usually play as cop but when he does he kicks somes asses :D
aimandkill-A professional swat!! loved times with him,his events n robbing.(want a beer ask this guy)
Finduslax-A Finnish calm person whom ive known a little befr he became admin...he loves his house so much that he never sells it to anybody
wolfdude64-I got to know more via irc than in-game(another admin who used to scare shit outta me xD)
Ashfordly-Great robber n cop and im very happy she became an admin :D
Ryanlml-professional cop who sometimes became cia while we wr robbing....he is like the only swat player ive seen as FF many times.IP hes good and rockin

I missed another person :O
[BOT]Jessica-Many fights for her but her heart belong with me :D
CYA KCNR
Last edited by Danish on Sun Jun 08, 2014 8:49 am, edited 1 time in total. 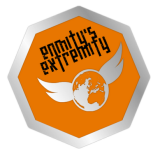 Danish wrote: [BOT]Jessica-Many fights for her but her heart belong with me :D
CYA KCNR

Ur Guru's gonna be mad. Bye slut/whore/bitch/noob/AnotherThingsYouKnowWhatIMean. Have a great time :p and I will speak with u on fb ( maybe ;x )
Death: Henor(18) Died (Torso). Killed By: NoName(23) (Listend to NoName's awesome Rock music).

Danish wrote: CaRisMa-He was a great cop but who left the server.It was fun while i worked with him.

You know he is PuRe, right? And he's back for the summer.


Danish wrote: DARKNIGHT007,Tarek_Fouad,Archesten,CryteK,FwP,kane,kent_BoBo,SNIPER_007,Trevor12515,hohoheho-These are my role models in SWAT.

Those are remarkable SWAT indeed. Definitely part of the role model squad for many players I assume.

I love smoking joints more than he does (cuz kent loves smoking the bong).


Danish wrote: Kar-The person who is an excellent scripter because of whom im with you all(when i joined he was the owner)


Danish wrote: Yezpahr- a cool guy who loves to spawn a sofa at blueberry and ban ppl...he doesnt usually play as cop but when he does he kicks somes asses :D

Ah yeah, my beautiful sofa. I love sitting there and watching over Blueberry.

God made the Dutch as the finishing touch.
Top

Danish wrote: Finduslax-A Finnish calm person whom ive known a little befr he became admin...he loves his house so much that he never sells it to anybody

*Swedish, Anyway is was nice to know you, I hope you come back someday
Top

Jamess wrote:Hm what about me? D: anyways bye :/

How can i forget u bitch <3