My Trip Around The World In 5 days

As some of you may have noticed, I have been inactive recently. This is because I decided that I wanted to go around the world with a bunch of my friends, and all we packed was a tent, a pocket knife and some bitches.

I have returned home and decided that I would let you all know about my journey around the world* for our Pre-Schoolies** celebrations.

The home country, we kicked it off here and we were on our way for the best week of our lives. The tent was erected (lol) and the alcohol was flowing. We met 6-8 girls who had conveniently created the best setup in the entire camp, with a generator, a cover over our heads and a very nifty placed toilet block.

We'd just settled in and barely knew anybody, so we went and slept at some completely random chick's house and ended up getting very very drunk within the first 30 minutes. We played a very abusive card game and ended up making some good friends, although unfortunately one of them was my mate's girlfriend, so I couldn't go there...

After making a mess of the apartment we had just slept in, we decided that we should probably use the tent that we had spent almost an hour on. But instead, we went and purchased a carton of Jack Daniel's whiskey and got fined by the police for drinking in public. I passed out in the tent without inflating my mattress and went on to miss out on a fight between 2 of my 'friends' and another random teenager who was talking shit. The guy ended up having a glass bottle thrown at his head, and then punched multiple times after that, where 1 of the guys got arrested and the other was on the run from the police. Gotta love Australians hey?

Vodka, my worst enemy and my best friend. This was a hectic night that somehow got me a lot of chicks... I was very friendly with way too many people... The girls that we were staying with were leaving the next day :(, and I finally got to sleep on my INFLATED air mattress for the night.

I promised myself that I would never have vodka 2 nights in a row, because I wouldn't be able to stand the taste again. Shit happens and the boys bought me this because I suppose last night's reaction was a good one. Out of a 1.25L bottle of some heavy Russian shit, I consumed about 900mL... my friend passed out at 350mL and lost his phone. It was the last night and pretty much everyone had left except a few groups of people, the rain had started to pour down and we were the only ones with the good set up, so everyone came to us for the party. I managed to somehow steal a megaphone and a good pair of sunglasses from that party without anyone realising. Another one of our 'friends' who was a big, scary black guy, threw about 6 eggs at tents and then threw an egg at the face of whoever tried to stop him, and punched the same guy for no reason and broke his nose. I ended up being the last man standing and crashed outside, using a portable stove as a pillow and the ground as a mattress.

Day 6 (Australia):
Our final day and we were getting ready to leave. I'm not sure how, but I woke up next to the 2 guys that got arrested the night before. So we packed up the car, drove around the island and pretended to be police officers with our megaphone, still drunk from the night before. We arrived home at night and I finally got to sleep in a proper bed.

Last night, I also had 2 bottles of rum and stole 3 beers from an 18+ party somehow... then we got hungry and I decided to steal some chocolate from a 7/11 store and ended up getting caught by the cops. So now I have to go to court sometime soon and get my fingerprints taken, so hopefully I can shake myself out of getting a fine. So that was basically my trip around the world. It's good to be back :D

** Schoolies Week is a three week graduation festival celebrated by Year 12 school leavers from every corner of Australia. Schoolies week celebrations usually take place during the first 3 weeks following graduation starting in Mid November.
The Gold Coast is home to the nation’s largest schoolies celebration however there are alternative destinations to choose from including Byron Bay, Sunshine Coast, Airlie Beach and Lorne. Traditionally each of the three weeks of Schoolies in Queensland attracts a different state of year 12’s so that each one parties with their own fellow students. Normally Queensland Year 12 graduates are the first to celebrate.
Each year thousands of Year 12 students descend on Schoolies destinations to celebrate the end of their school years and enjoy what is also the ultimate summer holiday. Students make the journey from around Australia (and New Zealand and other countries) and for many it is their first holiday without their family, with their youth creating special needs.

That wouldn't have been going around the world anyway. That would have been like running a marathon for 41 kilometers and then turning back. I knew something was up. Had you actually gone to Russia, you wouldn't have walked out from there alive.
Top

And had you actually gone to Finland without sufficient safety equipment, you would have been eaten by polar bears in no time.

I had a pocket knife. That's all an Australian needs.

Man, you traveled to europe and did not visit germany , seriously? Its oktoberfest in munich :p 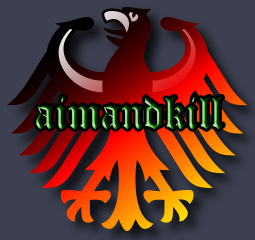 aimandkill wrote:Man, you traveled to europe and did not visit germany , seriously? Its oktoberfest in munich :p

aimandkill wrote:Man, you traveled to europe and did not visit germany , seriously? Its oktoberfest in munich :p

:lol: :lol:
This is a Signature
Top
Post Reply
14 posts