Type /updates when in-game or visit the Server Changelog thread for all updates!

> The End of Year Awards Ceremony was held on 26th December 2016 14:00 GMT+1 by Cluckward, in conjunction with Peter and Kruthal. Many players attended the ceremony to get the results first handed. 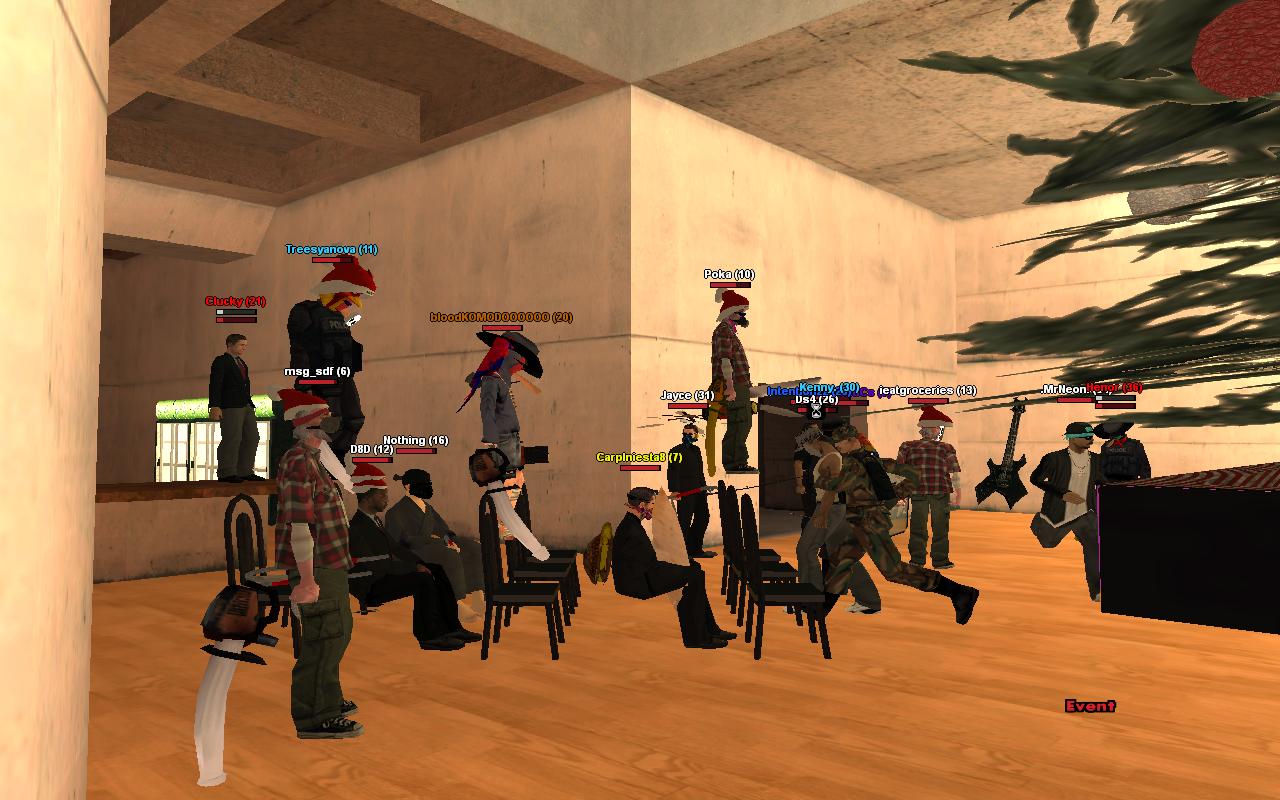 Players waiting for the results 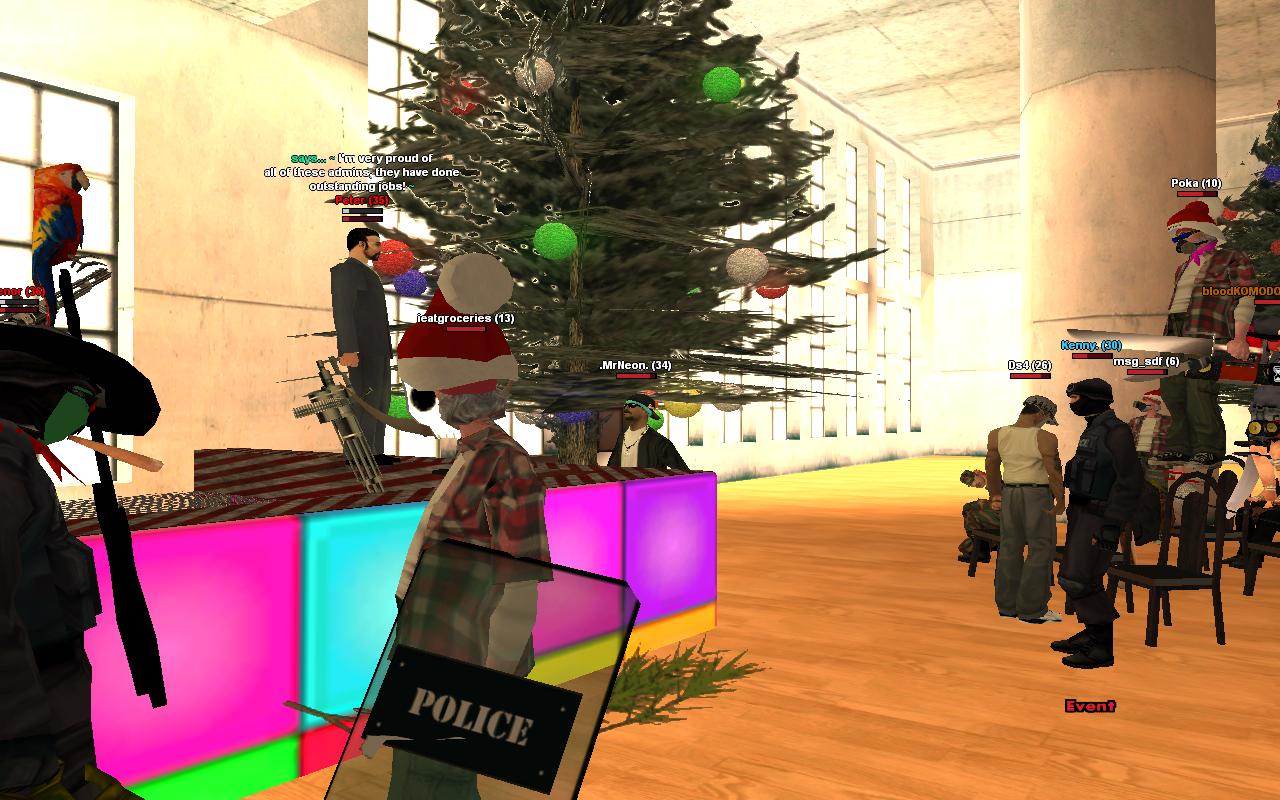 Peter taking over the event to announce the Admin of the Year. 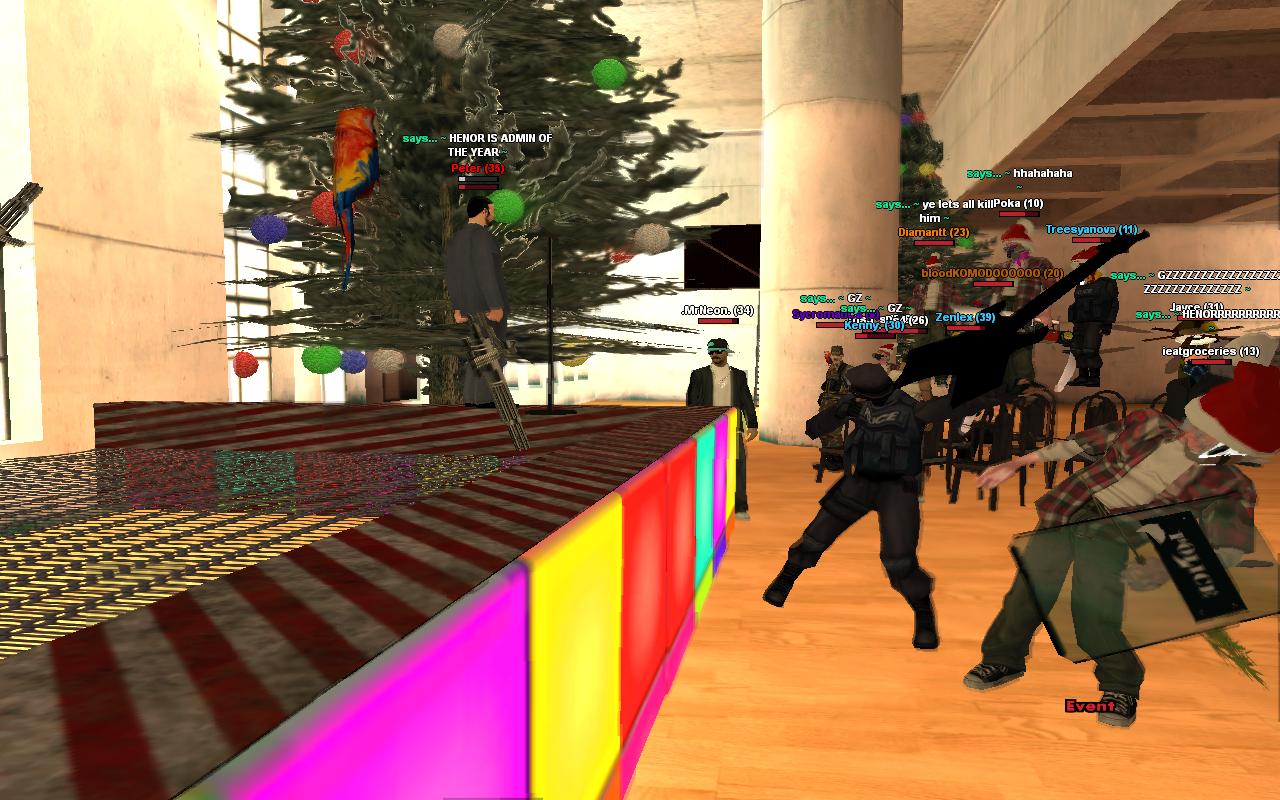 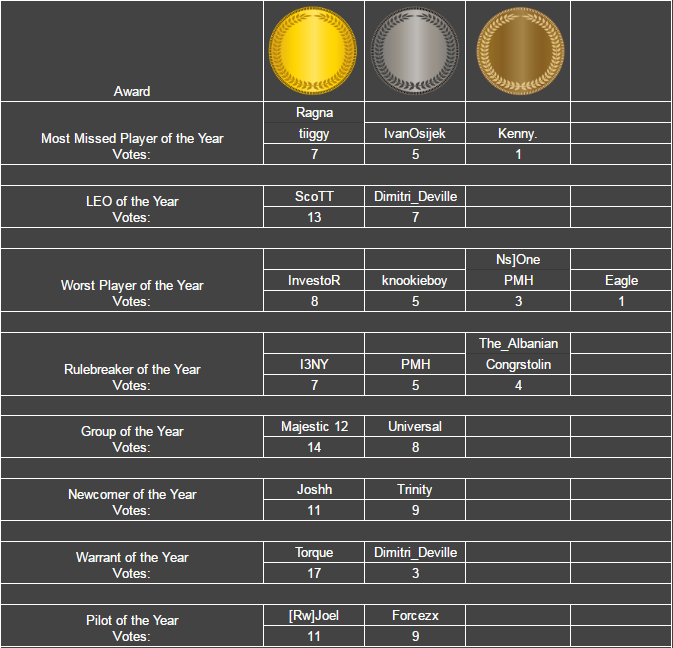 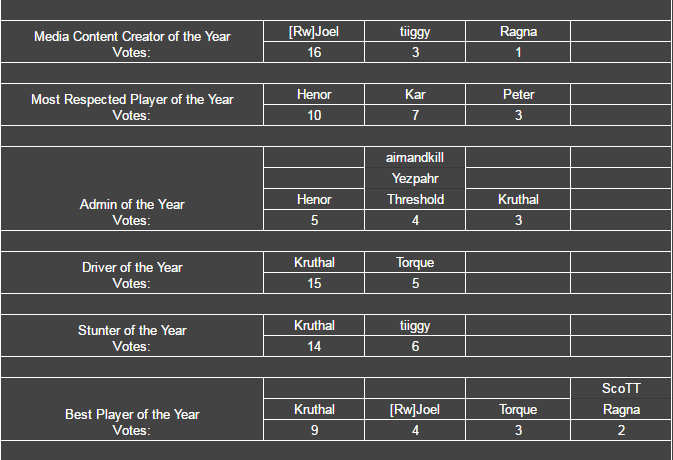 > Intentionzz, after being demoted and removed from SWAT for inactivity, has passed the test with flying colours. He scored a whooping 85.4%!

> Latest Promotions in SWAT: Congratulations to all players!

>iEatGroceries has been removed from SWAT for asking to be an administrator.

> A new advanced vehicle has arrived, the new Advanced Bandito! It is 85% bulletproof and has a ram at the front to flip chasing enemies or to do stunts easily!

> People were able to make millions in few hours when the slot machine had a massive success rate and could have been used all the time. To reduce addiction, you can only gamble for an hour, every 6 hours.

> kamba has been caught hacking by Killian for no reload hacks. He was facing a 2 weeks ban when Yezpahr caught him ban evading. He now faces a permanent ban.

> iEatGroceries was banned by Peter and removed from SWAT after asking for adminship which “he” thought was a joke and shouldn’t have been taken seriously. He was unbanned later on but still has his SWAT status removed after violating a major rule. This has caused a debate in the subforum “Everything and Nothing”.

> On November 27th, 10 players decided to fight off raging fires in San Andreas, becoming one of the best firefighter team in KCNR 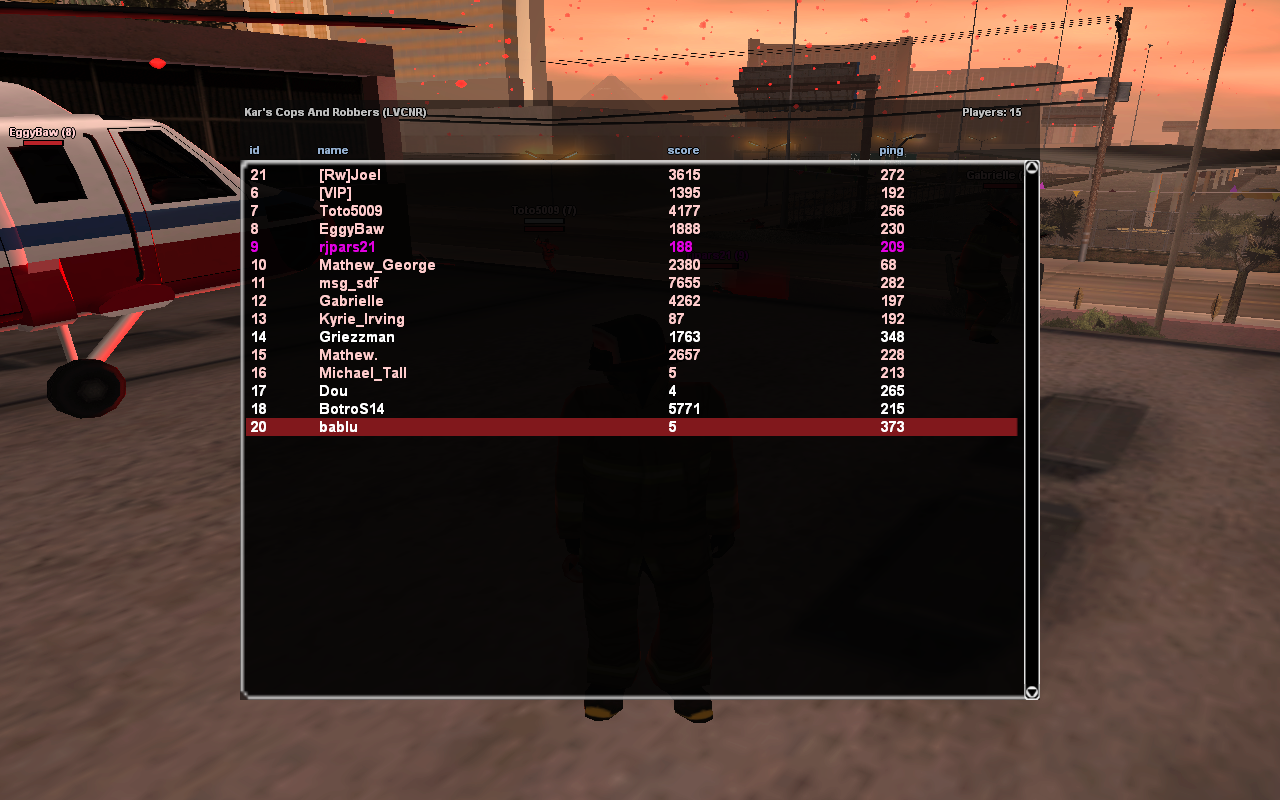 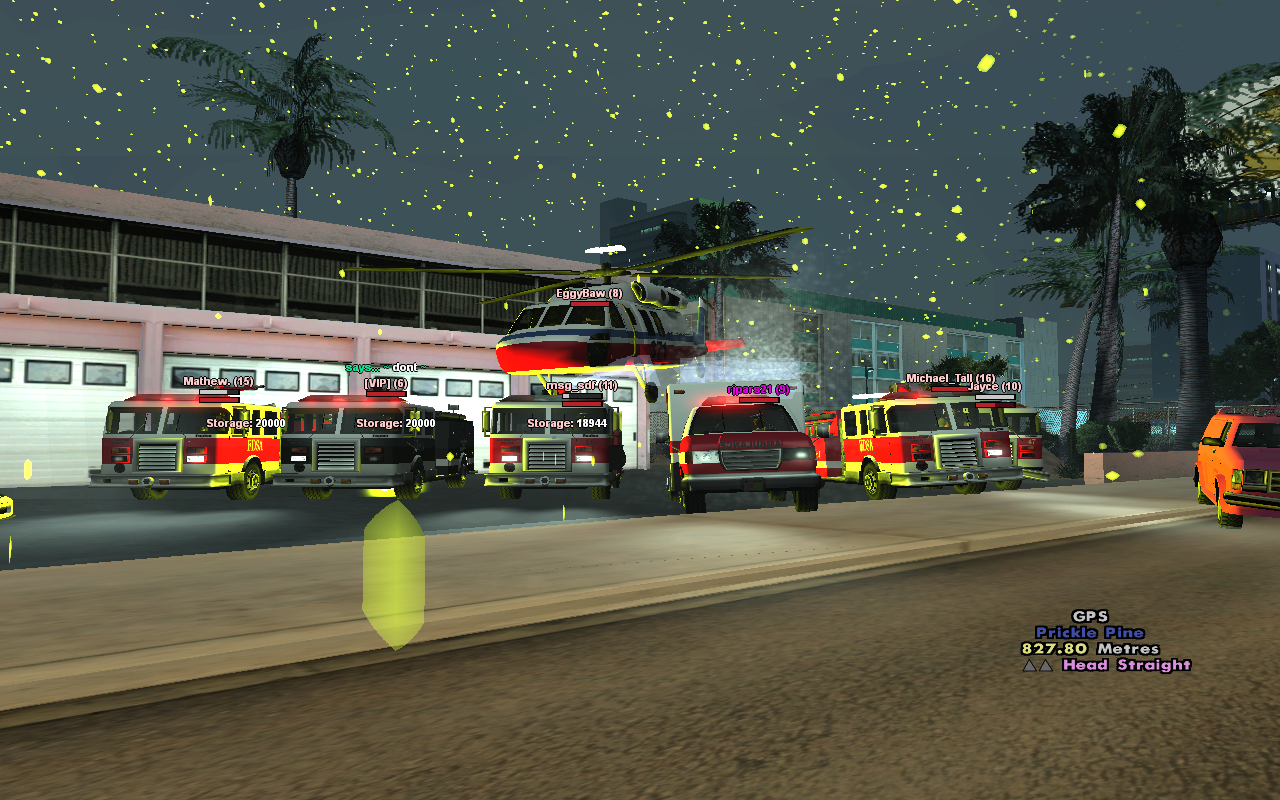 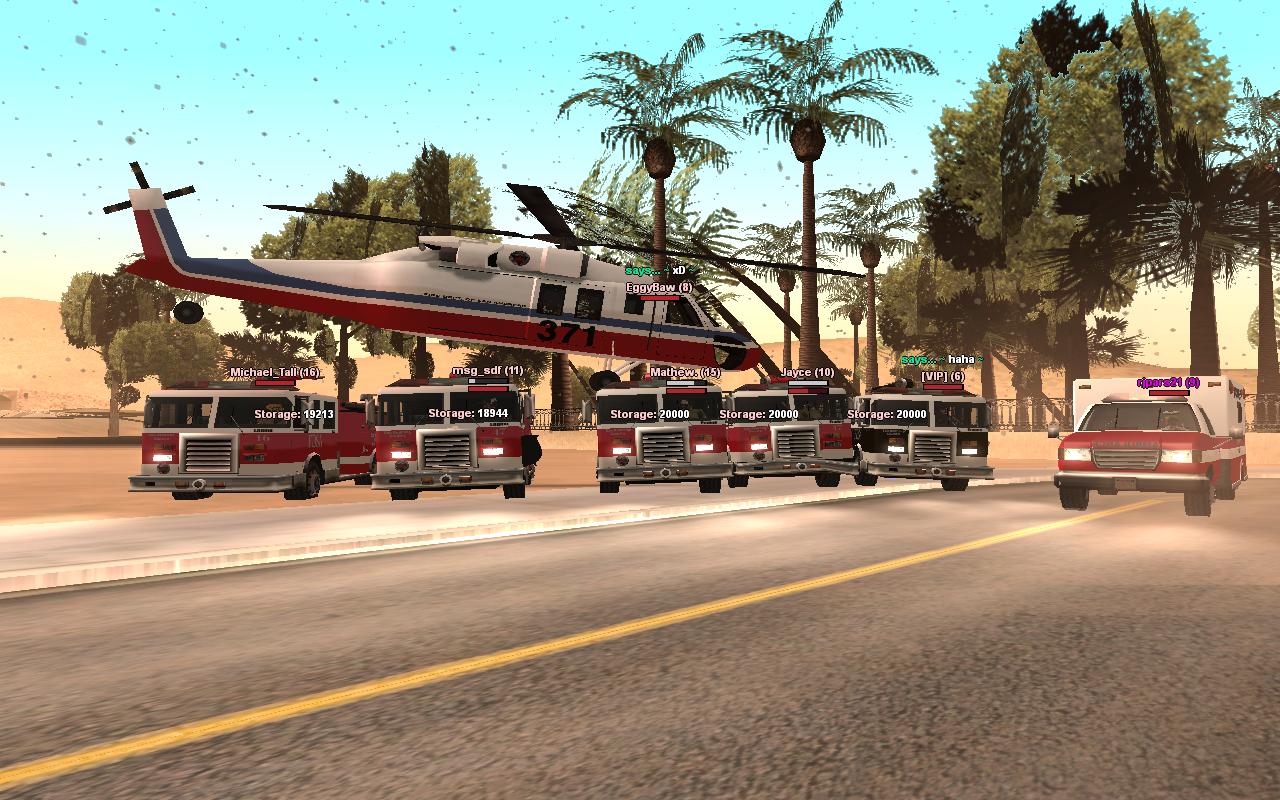 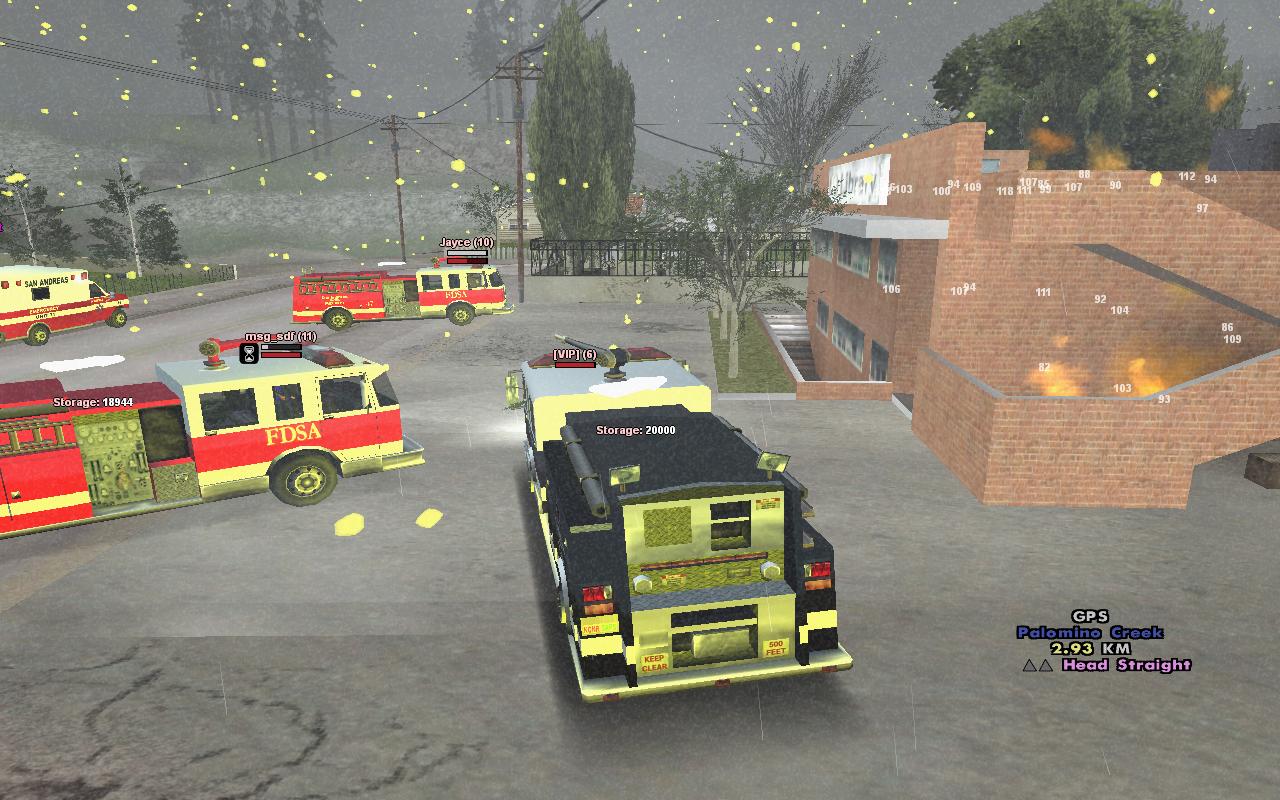 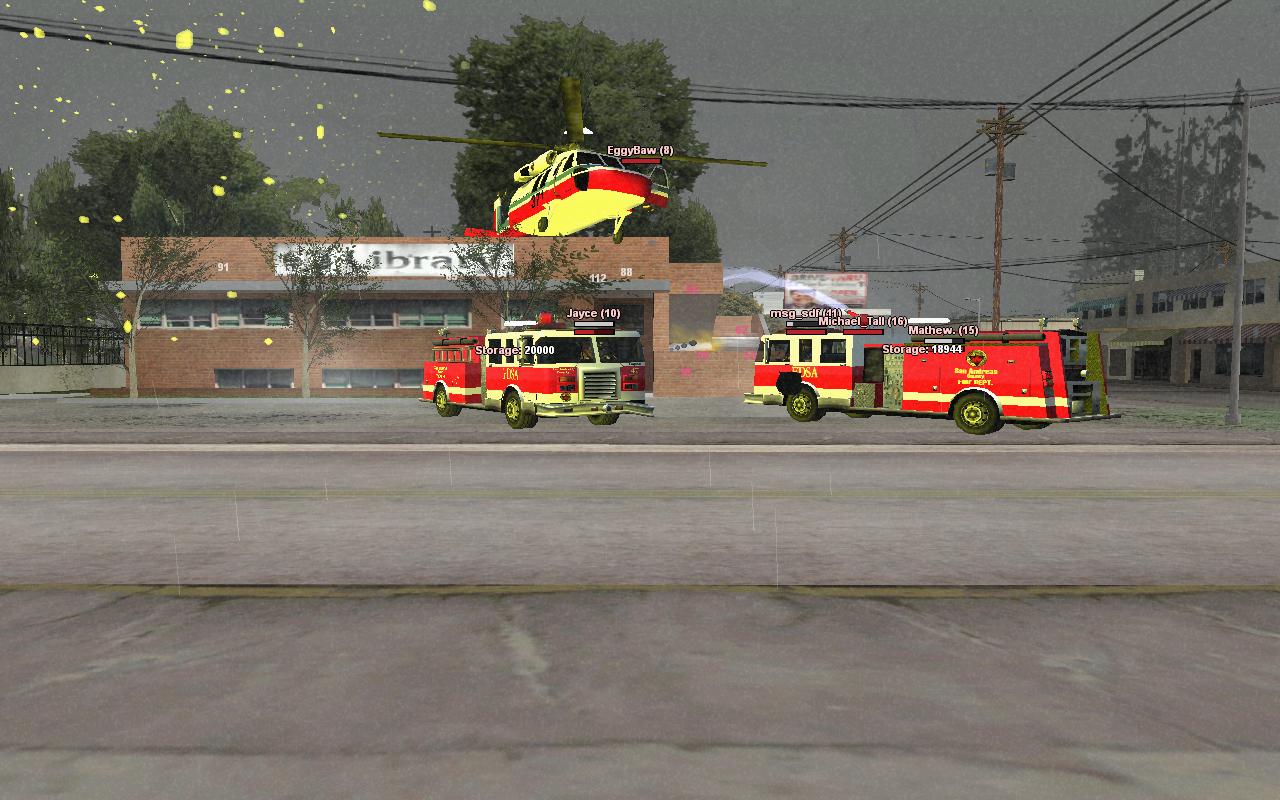 > SycromatiCs is selling Bullet, FCR-900 and Cheetah at cheap prices and some clothes. PM him in-game for more information!


> Private Message [Rw]Joel today to get a FREE advertisement to be featured on next week’s Cluckin’ Times Edition.

> In the previous newsletter, the question we asked was:

How many percentage of total votes did Zenlex get when he won Newcomer of the Year?

Unfortunately nobody got the answer correct.


Answer this question correctly to receive 5 score and $50000 in-game cash!

Which 3 awards did tiiggy win in End of Year Awards 2015?

To participate in this, complete the Google Form here!

The staff at The Cluckin’ times appreciates you for taking time out to read our paper after each and every release. In order to make the paper more entertaining, we’re looking for help from you guys on ideas on what you would like to see. Just throw suggestion in your reply below this post or PM any of the editors!

johnosama wrote:Fuet see a Topic But Do not say reapply on 1/10/2016 becoz i have a School

The End of the Year award should just get removed,people asslicking people.

Ragna did not leave in 2015 he left in nearly the end of 2016 which means he legitemely should not have won but yeah,im not dissrespecting Ragna,I love him.

Henor became an Admin in August.In a non offensive way to anyone.

Torque barely played this year thus he still got in the second place.

Joel did deserve the media content but I think Ragna never made a montage.

Most respected player more like the most asslicked one.

I am salty as fuck right now cause other players never get the chance to win here,only people who get asslicked for 4years in a row.

Have a nice night. So you want admins to decide the winners or what?? Edward wrote:So you want admins to decide the winners or what??


Not really,this will never change.People are gonna vote getting based on their oppinion(maybe one day I profit from him).

This will never change,maybe I'm just pointing out the truth,or maybe Smirnoff is talking.

NoName wrote:Axl, you are complaining to much, Jesus christ

Tell me when have you ever been nominated,or even been voted?
Tell me.This whole thing is related to asslicking or joining someones oppinion since you are not grown enough to have your own.

Give me a better argument then 'complaining too much'.

NoName wrote:Axl, you are complaining to much, Jesus christ

Tell me when have you ever been nominated,or even been voted?
Tell me.This whole thing is related to asslicking or joining someones oppinion since you are not grown enough to have your own.

Give me a better argument then 'complaining too much'.

Nominated? In 2015
Do I want to win? No cuz it's just a thing!
Would it change your kcnr future? No
Should you stop complaining about it and stop begging for attention cuz of Shit like this? Yes.
All u always say is 'asslicking' you are just jealous as fuck that ur never nominated or that you never win something. You can't handle it.
Death: Henor(18) Died (Torso). Killed By: NoName(23) (Listend to NoName's awesome Rock music).

Jesus you really are an emo after all.

You were 18,right? You should be shamed of yourself mate.

Trying to face my argument in a childish way describes how well you can handle an argument.
Telling me that I'm jelous? Bitch no.
Caring for a nomination? Fuck no.

I'm just pointing out some truth which clearly your un-developed brain can not handle.What if I say Vitaliy was one of the most missed guys of 2016,he legitemaly deserved it,afterall his comeback was well welcomed in the end so I guess he was missed.

Actually,you are the one in that "asslicking group".

And No,dont quote me to make this fight public ,if youre man enough just PM me,if you have a Valid argument that I am wrong then I will publicly announc that I am a fucking retard.

Even then, everybody asked about him immediately after he left. Shows how much impact he had, and people missed him a lot enough.

Then again, he gave appropriate, not too harsh punishments.


Axl_Rose wrote:Torque barely played this year thus he still got in the second place.

Thats the community decision on it. Ns]One joined mid year and he still was nominated.


Axl_Rose wrote:Joel did deserve the media content but I think Ragna never made a montage.


Most respected player more like the most asslicked one.


Axl_Rose wrote:I am salty as fuck right now cause other players never get the chance to win here,only people who get asslicked for 4years in a row.

Only Admin seems a little bit close because all of them were 1-2 votes lower than Henor.. 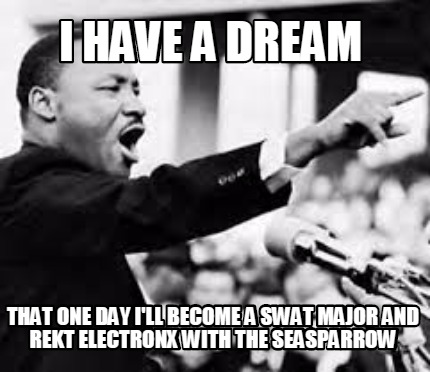 :D I won it xD . no one can defeat me in rule break history :D

And what is my prize ?? xD
__Chief Superintendent (COP)__

Return to “The Cluckin' Times”